The Selected Partners of One Day In Venezia Photo Contest

Mission: discovering new talents. The intense exhibiting activity of  Giudecca 795 Art Gallery  is particularly dedicated to emerging artists, in addition to established artists. Founded in 2007, the gallery is a proud member of the National Association of Modern and Contemporary Art Galleries (ANGAMC). At the end of some restoration works, the gallery will be hosting the “global” show with all the photos submitted to the OneDayInVenezia competition, plus the group show of the 12 winners, and the solo show which is part of the Grand Prize for the final winner.

Dynamic elegance: luxury, modernity and historical French taste are embodied in the Papadopoli Venice Hotel by Sofitel MGallery, partner of One Day In Venice Photo Contest since 2018. We invite you to breathe the Venetian atmosphere reinterpreted by this refined boutique hotel, recently restored , in a formidable position a few meters from the hub of Piazzale Roma and the bridge of the Constitution, yet already completely immersed in a world unto itself, projected towards the water of its canal and of course the Grand Canal. So close that the holiday break can start immediately: in the footsteps of Corto Maltese, which is also the name of the house cocktail, an homage to the hero of comics born from the pen of Hugo Pratt. Taste for hospitality and art.

Hotel partner of the second edition (2016-2017) of the One Day In Venezia photo contest, the Hotel Metropole  is located a few meters from St.Mark’s Square. Enveloped in a magic atmosphere, the Metropole offers you emotions involving all the senses. Eccentric, warm, eclectic, a place where the décor becomes an emotional experience, where each detail tells a story. A 5 star hotel that seduces and charms, a restaurant that surprises for its creative cuisine and the fame of its awards. Behind both of them, love, care and persistence.
The resulting mood is incomparable. After all, here nothing happens by chance. To be highlighted: besides the excellent rooms and service, the famous “Met” restaurant (awarded with a Michelin star), il Giardino degli Agrumi, l’Oriental Bar.

The Hilton Molino Stucky Hotel is a 5 star hotel offering a different view over Venice. Once a flourishing flourmill, is now internationally recognised as one of Europe’s iconic pieces of industrial architecture. Island in the island, Giudecca is a few minutes away from the heart Venice, easily reachable by hotel shuttle boat. Seven restaurants and bars, including the Skyline Rooftop Bar, famous for its cocktails and for its enchanting view over Venice; the outdoor summer pool at the 8th floor, 35 meters above sea level and open from Md May to September; the 600 sqm Wellness and Fitness Centre, the second biggest in the city; the biggest Congress Centre in Venice with 15 meetings rooms including a 1000 sqm Ballroom. A unique venue able to balance big spaces and the intimacy that its guests are looking for.

Harry’s Bar is one of the most famous historical venues in the world, a charme coming from recent times in comparison to the Venetian heritage. The bar was inaugurated on 13 May 1931 and it has been declared national heritage by the Ministry of Culture in 2001; it has been built ourt of an old warehouse close to St.Mark’s Square. It owes its name and existence to the American student Harry Pickering: the unknown barman Giuseppe Cipriani lent the student 10.000 liras, a considerable amount by the times (1920s), to allow him to return home. Two years later, the student was able to recover from alcohol addiction and to thank Cipriani with an additional 30.000 liras so that he could open a business of his own.  So Cipriani decided to name his place “Harry’s Bar”.  Its guestbook  includes signatures by Arturo Toscanini, Georges Braque, Truman Capote, Charlie Chaplin, Peggy Guggenheim, Barbara Hutton, Somerset Maugham, Orson Welles.
During the Second World War, the bar was confiscated and turne dinto a canteen for the sailors. At the end of the war, the bar went back to normal activity: the American writer Ernest Hemingway became an habitué with a reserved table, at the time of the writing of his novel  Across the River and Into the Trees which mentions the Harry’s Bar.
Giuseppe Cipriani’s world famous creations are the Bellini cocktail and the carpaccio.

After Giuseppe Cipriani retired, his son Arrigo took care of the management: the history of Harry’s Bar is narrated in the documentary Harry’s Bar by Carlotta Cerquetti, winner of the Premio Open at the  Venice Days – Giornate degli Autori,  Venice Film Festival 2015. 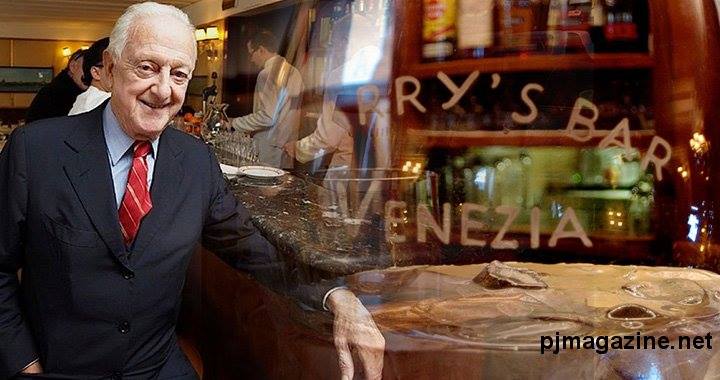 Since 1775, Grancaffè Quadri has stood out with respects to the other cafes in St.Mark’s Square. Gran Caffè Quadri has seen centuries of history, from the end of the Serenissima period to the birth of the modern era. Visitors to the café include Stendhal, Lord Byron, Alexandre Dumas, Wagner, Marcel and Proust. Nowadays Quadri is still the favourite stop for Venetians and tourists alike. In 2010, the Alajmo family took over the Grancaffè Quadri and its upstairs fine-dining restaurant, Ristorante Quadri,  renovating the interior. The Grancaffè regained its former glory and returned to being one of the grand Venetian coffeehouses. The Restaurant Quadri, bringing the spirit and service of Le Calandre to the Venetian lagoon,  was awarded one Michelin star in 2012. Today at Gran Caffè Quadri, visitors can relax in one of the most beautiful piazzas in the world, sipping an espresso from coffee roaster Gianni Frasi, a cocktail made to perfection by barman Leonardo Cisotto, wines selected by Raf Alajmo and bar snacks created by chef Max Alajmo. 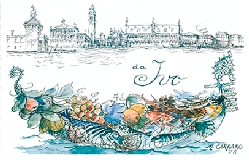 You will wonder why.  Discover it!
Another characteristic making this restaurant so unique is its particular logistics: it can be accessed also from the adjacent canal, by gondola or taxi.

And talking about taxis.. obviously water taxis (!), OneDayInVenezia thanks the Consorzio Venice WaterTaxi, one of the leading companies.

With a “fleet” of 30 speedboats, over the years Venice Water Taxi  has developed a relationship of collaboration with local and international companies, and provides services for congress and art tourism, thus contributing to the success of the most prestigious local events. Venice Water Taxi offers a Front Office at the Marco Polo Airport in Tessera – Venezia (inside the arrivals hall)  and a private Jetty that is identified by the number 11, at the dock of the airport. At the port of Venice, the Consorzio staff can be found at the exit of the Cruise Terminal n° 107-117 and Isonzo 1.